When the fat lady sings

When I first took Riley back in after being told he was very sick, I took him to the medical doctor’s and was told he had about two weeks to live if he did not stop drinking. Of course, he did NOT stop and in about two weeks he had an esophageal varices while detoxing in the hospital. He survived. He survived the detox, the varices, the trauma of withdrawing from the booze. He survived it all. He went from the hospital to a six week stay in a nursing home. Then he came home.

Two weeks was what I had been told. Two weeks is all the time I planned on giving to this alcoholic who had monopolized so much of my life. Two weeks and my life would get back to focusing on me and what I wanted to accomplish. I could do two weeks of almost anything. Piece of cake.

Nine YEARS later, my alcoholic husband died. NINE years of taking care of his entire existence and putting myself into a box on a shelf in a dark closet.

Well… finally he was gone. Finally, I could get on with my life. Finally, I could focus on my own happiness and needs. I could leave the house whenever I wanted and desired. I could take a long weekend or maybe even a month. There was NOTHING to hold me back now.

I floundered around doing whatever I thought it was that I needed to do for that day. I jumped from task to task and never really finished anything I started.

When Riley was alive, it was easy to know what I had to do each day. I had a schedule to adhere to. Someone was depending on me to do certain things at certain times of the day. I always knew what was required of me.

All I could say for sure is that I wanted to move to Florida. But I had things that needed to be done first.

It took me more than a year to actually start taking care of myself. I came to the realization that my own health was failing and if I wanted to enjoy my life, I had to make sure I would have a life to live. I had left so many health issues unattended to that it took a few months just to decide where to start. Despite my excellently rationalized planning, it turned out that what I wanted to do first was what I would have to do last.

Everything on my list of things I wanted to accomplish now that I’m not anyone’s caregiver got pushed aside so that I could focus on things like my aching shoulder, knees and hips. (Funny I never noticed how much they hurt when I was taking care of Riley.) I stopped posting so much on this blog. I stopped concentrating on writing a brand-new book. I scheduled doctor appointments and surgeon appointments. I cleaned the pantry and bought the food on my doctor’s new food list.

Gradually, I began adding other things to my list of things I wanted/needed to do. I took the class that was required to earn my “certified” standing as a Peer Recovery Support Specialist. I attended events of groups that focused on recovery from addiction. I networked. My progress was intentionally slow. I wanted to allow myself the time to “let things sink in.”

Well… I guess I let things sink in enough because now I have a full plate of things that I want to accomplish. I have a major surgery coming up. I published a new book, “Postings.” And I have my very first ever real-live two-day interactive workshop set up for early November.

I’m excited about all the new things on my agenda. I’m especially excited about the workshop because it will be unlike any other workshop that most people have attended. It will be full of unexpected guests and unusual topics. It will be INTERACTIVE and the key to it all is the word “WORK” in workshop. Besides the food is incredibly delicious.

I still want to move to Florida, but that will not happen until I’m recovered from this first surgery. I finally feel that I’m no longer floundering around trying to “get my stuff” together.

The fat lady sang a final song and I’m enjoying the silence outside the chaos. 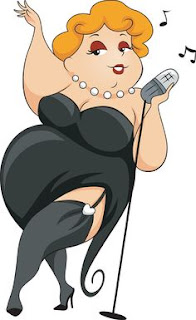 I think my BF is also in his last stages. He doesn’t remember too much, sleeps weigh to much which is a symptom of liver failure. He refuses to go to the doctor, his appetite is poor, his vision is bad. It’s too the point where his hygiene is poor he doesn’t change his clothes and all i can do is accept it and start to care about me. I agree I’m on a schedule with him I was just saying how I used to be a lot more focused.

I can relate to all you've said and am only just beginning to come out of my shell some ten years on. The "to do" list got longer and longer, but I've ticked a lot off the list and slowly but surely finding a life for me!

Congratulations! Enjoy! Celebrate! "Waiting" but not waiting on my alcoholic to go "home". I am working on myself now.

Hello Tamika, How are you doing today?? and how is your BF doing? I just read this and thought wow your bf sounds alot like my husband right now, He sleeps alot, cant remember anything i say not even 5 seconds he will ask me same thing over and over, hes throwing up alot, amoung other issues, thinks he had a shower yesterday therfore he doesnt need one, ha, been 2months!! I try so hard, and he wont go to Dr.or hospital!!!! I know hes in end stage but i really would like to give him something to make him comfortable at least! It would make me feel better, im about to loose it , especially knowing he needs help and he wont go!!! SCREAM!!! At my wits end, and tired of all!! What to do?? I have no clue, do you know?? It is nice to know im not alone.

Not Sure What to Do?

Please call Gina Mewes… she can help by openly and honestly answering all your questions and you will feel relief. She will stop ALL levies and garnishments immediately. The IRS has many programs to reduce or eliminate your tax debt through the Fresh Start Program, unfortunately they DO NOT tell you or guide you through this process. Gina will be your biggest advocate, handle all communication and relieve your worry and stress. Let her battle the IRS for you. Don’t try to battle them alone.

I welcome your responses and feedback. Please feel free to leave comments on any of the posts or pages.

Please e-mail me at:

I look forward to hearing from you.